The Lord of the Rings: Elves of Lorien Starter Deck

The nimble, graceful Elves are known throughout Middle-earth for their beauty and adaptability.

The Wood-elves of Lórien have been a powerful, influential force of good throughout history, and now players can bring the grace and might of the Elves to their games of The Lord of the Rings: The Card Game!

Masters of cooperation and ambush tactics, the Wood-elves specialize in having a multitude of allies with one-use abilities that they can return to their hand to use again and again.

For players who are fond of the graceful Elves of The Lord of the Rings and their incredible adaptability, they will love the Elves of Lórien Starter Deck!

This expansion comes with a 53-card pre-built deck, giving players the chance to start playing right out of the box.

The Lord of the Rings: Elves of Lorien Starter Deck

We have Elves of Lórien, a starter deck focused on the graceful adaptability of the reclusive Wood-elves. 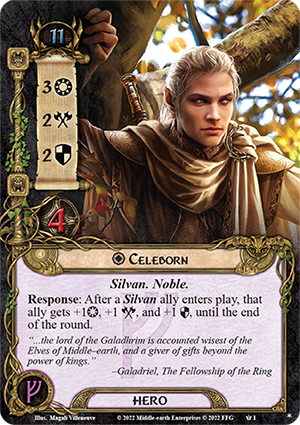 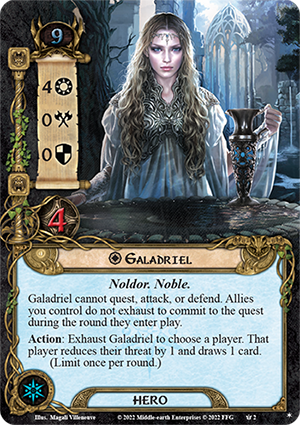 The heroes of this deck also synergize with allies repeatedly entering play.

Celeborn (Elves of Lórien, 1) increases the stats of any Silvan ally that enters play for the rest of the round, which means if you can return an ally to your hand and play them again on the next round, you can keep that boost going. Likewise, Galadriel (Elves of Lórien, 2) grants all of your allies the valuable ability to quest without exhausting on the round they entered play, and with Nenya (Elves of Lórien, 16) equipped, she can greatly increase an ally’s willpower during that quest. With quick wit and sharp strategy, you can use all the Elves of this starter deck to maximum effect!