Within this expansion, you’ll find everything you need to add one CR90 Corellian Corvette ship to your Rebel Alliance or Galactic Republic squadron, including ship cards, tokens and maneuver dials.

Finally, this expansion also includes the components you need to fly this or any other huge ship in battle, including a huge ship maneuver tool and a huge ship damage deck.

With its powerful broadside batteries and advanced command capabilities, the CR90 Corellian corvette has served as the cornerstone of strike forces since the days of the old Republic. Now, these vessels are among the Rebellion’s most valuable warships, slipping Imperial blockades and delivering the decisive blow in space engagements.

The Tantive IV Expansion Pack makes one of these swift ships available to commanders from both the Rebel Alliance and the Galactic Republic. Once in action, the CR90 can rapidly respond to incursions across the galaxy, using sophisticated sensors to acquire locks and fire on the enemy from great distances. 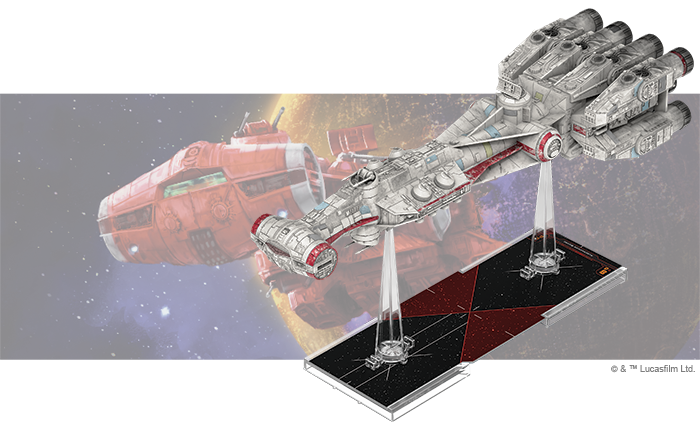