The BTL-B Y-Wing Expansion Pack contains everything you need to add one of these formidable ships to your Galactic Republic squadrons, including a BTL-B Y-wing miniature, eight ship cards, ten upgrade cards, and four Quick Build cards.

Designed with an armored hull for extra durability and a bubble turret to keep enemies at bay, the Republic’s BTL-B Y-wing can run escort missions or lead an attack. Piloted by legendary Jedi and dedicated clone troopers alike, this fearsome bomber performs reliably over any battlefield.

The BTL-B Y-wing fills a vital role in Republic squadrons with its ability to carry a number of devices—including some experimental technology—into battle. Although it moves at a lumbering pace, any Shadow Squadron Veteran can tell you that the BTL-B’s Plated Hull keeps it flying under the heaviest of fire. 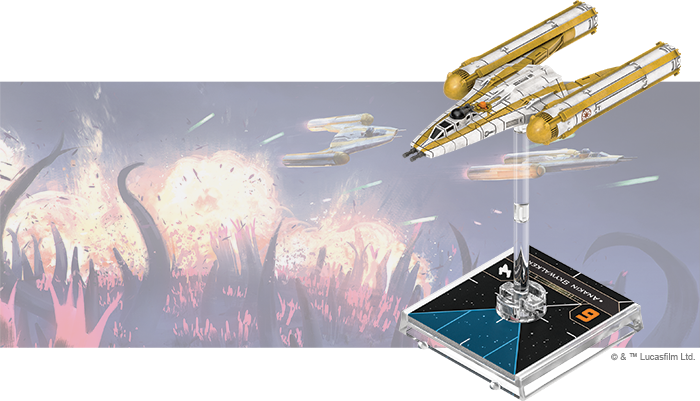 The BTL-B Y-Wing Expansion Pack contains everything you need to add one of these formidable ships to your Galactic Republic Squadrons, including a BTL-B Y-wing miniature, eight ship cards, ten upgrade cards, and four Quick Build cards.