Legend of the Five Rings: The Children of Heaven

Experience the courts of the Emerald Empire with The Children of Heaven, the fourth of Dynasty Pack of the Inheritance cycle Legend of the Five Rings: The Card Game!

Legend of the Five Rings: The Children of Heaven

As political upheaval disrupts the balance in Rokugan, Courtiers are needed more than ever to stand for their clan in court. While blades on the battlefield can turn the tide of the conflict, it is the courtiers and politicians of Rokugan who can use their power to enact massive changes in the Emerald Empire, and those who have the Emperor’s ear can shift the entire balance of Rokugan.

Experience the courts of the Emerald Empire with The Children of Heaven, the fourth of Dynasty Pack of the Inheritance cycle for Legend of the Five Rings: The Card Game! 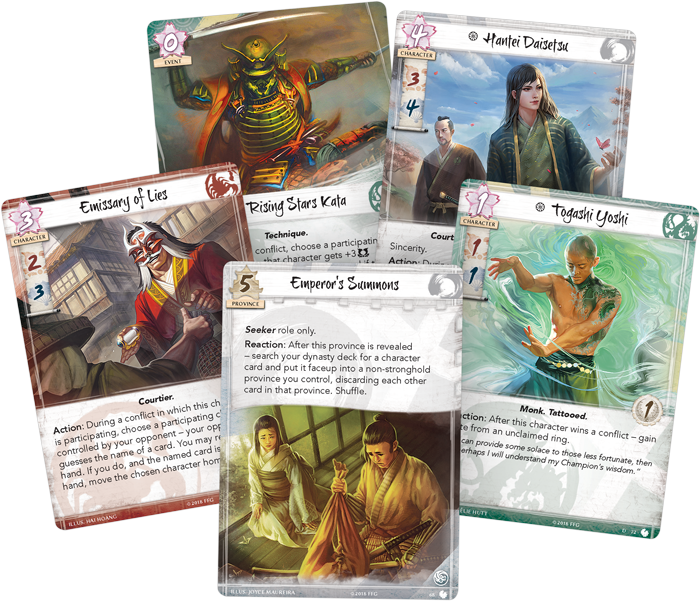 The Children of Heaven continues the themes of the Inheritance cycle by focusing on the Courtiers of Rokugan, able to dominate political conflicts with ease.  Also look for a new Crab province that becomes stronger the more times it is attacked, a new Phoenix event that allows you to overwhelm your opponent with Spells, and a Scorpion event that can dishonor multiple characters at once.