A Game of Thrones: The Card Game - Long May He Reign

Long May He Reign is the sixth Chapter Pack in the King’s Landing cycle for A Game of Thrones: The Card Game.

A Game of Thrones: The Card Game – Long May He Reign

Long May He Reign is the sixth Chapter Pack in the King’s Landing cycle for A Game of Thrones: The Card Game.

The King’s Landing cycle takes a new approach to the Game of Thrones LCG. Rather than following the plot of A Song of Ice and Fire, this cycle is centered around the capital of the seven kingdoms, allowing you to explore the world of Westeros more freely than ever before. Every Chapter Pack in this cycle features three copies each of twenty unique cards to strengthen your decks and help you embrace the deadly intrigues of A Song of Ice and Fire with the continued cultivation of the shadow keyword, first reintroduced in the Dance of Shadows cycle. 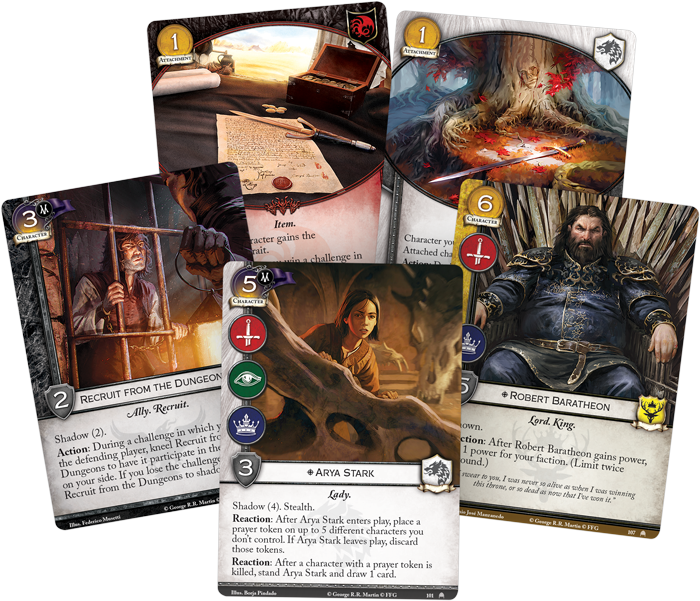 Your journey to the capital of the seven kingdoms brings you to the throne room as you stand in the shadow of the Iron Throne itself. Focusing on themes of legacy and honor, this Chapter Pack includes a new agenda centered around attachments and new versions of favorite characters seeking to leave the past behind. The shadows have fallen on Westeros— do you have the determination to survive the long night and lead the realm to a new dawn?